What About Women in Tech? 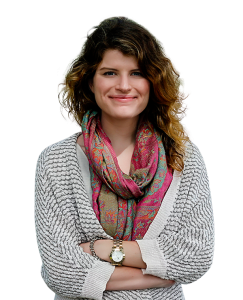 Laurence is a kickbutt coder, a stellar content creatrix and a Product Educator at Teachable, working to improve the overall experience for users. If you haven’t heard of Teachable yet, this is how we’ll be hosting the courses we create like our new cPanel course (otw soon!) Everything Laurence touches turns to awesome – she’s been a friend of WH4S for some time, so we’re excited to bring you some of her insights about coding, content creation and life.

First things first – if you haven’t seen it yet, check out Laurence’s blog, Learn to Code With Me.

In addition to her awesome coding blog, Laurence is a regular contributor to Forbes. Check out some of her writing about how to level up in technology here!

Laurence also hosts a podcast that’s well worth a listen.

This will be the SECOND in a two-part series about Laurence.

WH4S: And we’re back! So Laurence, talk to me a little bit about women in tech – maybe share some of your experiences or give some advice.

Laurence: I’ve been really fortunate in some ways that i have people in my life who are in tech. And what i mean is – surprisingly my father has been in tech my entire life. So you’d think I’d have learned and taught myself sooner but it never even occurred to me to learn to code back then. It took me a while.

And then my boyfriend is a software engineer. When we first met he was a designer and he ended up evolving. So I have these resources around me that have been super helpful in sticking with coding. I’m not sure I’d code if I didn’t have such great personal resources. You can’t control so many things.

So many people ask me, “How do I get started writing?” And I say, if you want to make money, don’t write. Do web development! I do get paid to write now, but it took me a long, long time.

So it’s very lucrative to have coding skills in freelancing and in full-time roles. And I think especially for women, knowing to code will make you a little more confident.

I was just reading something last night where a study was done with men and women about job ads. And women only apply if they met 90% of job qualifications, while men apply if they met 50%. Which to me isn’t very shocking. It definitely makes sense. But I think having the technical skills – which for me, has made me feel more empowered, lets us bring more to the table. And because of that coding has boosted my self-confidence.

When you have more confidence you can do things like negotiate your salary, speak out during meetings … that’s important.

WH4S: Any parting thoughts on this subject?

I also want to say that being “there” means more than you think. What I mean is, sometimes in the past I would feel guilty about not doing “enough” to help other women get into tech. (Something women often feel – not being “enough”!) But I now know that simply being there – in an engineering position, working in tech in one way or another, in some kind of leadership role – is enough because it shows other women (especially those younger/new in their career) that it is possible. Seeing is believing. If more women see other women in tech roles, they’ll know it’s possible they can do it, too.

Also, if looking to work full-time, notice the gender breakdown at the company. That’s one thing I noticed right away about Teachable: tons of women work there. (In fact, it could be a 50/50 split – which is basically unheard of IMO at a tech startup.) There were other companies I interviewed at that didn’t have as many women working there – and that stuck out to me. There were many reasons why I worked at Teachable – but one of them was because I noticed that they had lots of women there, and in leadership roles.

Check out these great articles by Laurence!

Why Every Millennial Should Learn Some Code

15 Mobile Apps Millennial Entrepreneurs Are Using to Get Ahead 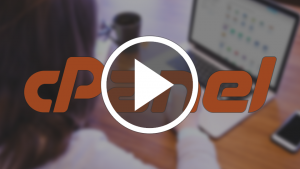 Learn cPanel like a Pro with our Free cPanel Online Course

If these troubleshooting tips didn’t solve your problem or answer your question, please open a support ticket.